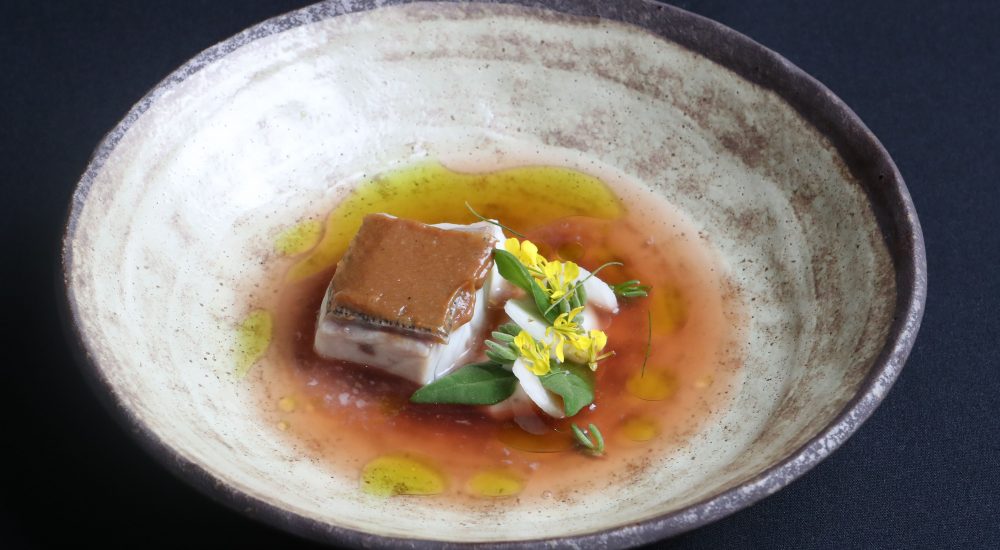 Following a day of outstanding performances by ten of the region’s most talented rising chefs, John Rivera was announced the winner of the nation’s S.Pellegrino Young Chef 2018 local competition, and will advance to the global finals round to take place in June of 2018 in Milan, Italy.

With his Sinigang – Hapuka and tomato, calamansi and taro, John Rivera finished ahead of the nine other contenders. The local semi-finalists competing for a chance to participate in the Grand Finale were hand-selected by ALMA, the world’s leading international educational and training centre for Italian cuisine.

Australia Pacific’s regional competition took place on September 11 at Crown Culinarium, Melbourne. A distinguished jury of chefs, including Andrew McConnell, Paul Carmichael, Scott Pickett, Christine Manfield and Jacques Reymond tasted and evaluated each of the semi-finalists who prepared signature dishes based on their adherence to the competition’s five “Golden Rules”: ingredients, skill, genius, beauty and message.

The judges commented, “We were unified in our decision. The standard has risen from previous years. John was very prepared, focused, and meticulous in his approach. John’s dish showed a depth of flavour and a fully rounded approach, he articulated the cultural heritage of his dish in a precise and warm manner. Every element of the dish was perfect”.

Introducing our S.Pellegrino Young Chef Pacific Jury. The competition has commenced and the countdown is on to announce the semi-finalist who will go on to represent our region in Milan 2018! A big thanks to @creamworkwear for our immaculate uniforms! #spyoungchef #spyoungchef2018 #spyc @christinemanfieldchef @chef_andrewmcconnell @jacquesreymond @scottpickettchef and Paul Carmichael. Photo credit @lucasdawsonphotography

Rivera’s Sinigang is a reinterpretation the traditional hot and sour Filipino soup, with a flavour profile complemented with smoked tamarind and created with incredible Australian produce. The Hapuka was steamed and served with taro that had been cooked in coconut cream and turned into a silky puree. The calamansi (lime leaf) oil brought the dish to life.

Rivera commented “This competition means a lot for young chefs and Filipinos in my generation, who are looking for their heritage and ways to show it in their food. We need to go out there and fly our flag – the world is ready for us. There are many South East Asian nations that have recognition, and the Philippines is the final frontier. This opportunity wouldn’t have come to me in the Philippines. That is the great thing about Australia; they have given us all the platform. They are very accommodating, everyone helps everyone along; there is a great sense of camaraderie. Definitely Australia is the place to eat right now, and the place to work, especially for young chefs. As Jacques Reymond said, we are finding our identity and it is possible for our generation to shape our identity: Australia is the platform for that”.

The local global competitions will continue through to December 2017, where semi-finalists from across the world will compete for a chance to move on to the Grand Final in Milan. By the end of December 2017, 21 Young Chefs will be announced as official finalists, who will each be assigned a “Mentor Chef” from their regional jury. The Mentor Chefs will support the young chefs leading up to the Grand Finale, providing them guidance on how to improve their signature dishes.

We’re wishing John the best of luck in Milan! To catch John before his final book a delicious dinner at Amaru, High Street, Armadale here.

Take a look at the S.Pellegrino Young Chef Pacific semi-final which culminated in John Rivera moving on to the next round as the pacific finalist held in Milan, Italy 2018. A big thank you to all the semi-finalists who made the judging so challenging for our illustrious jury @christinemanfieldchef @scottpickettchef @jacquesreymond @chef_andrewmcconnell and Paul Carmichael. We'd also like to thank our amazing sponsors @crownresorts @creamworkwear @fourpillarsgin @nespresso photo credit @lucasdawsonphotography #spyoungchef