Victoria’s only free legal service for the LGBTIQ community hosted the first ever virtual Change Your ID Day this May. HHME worked closely with the LGBTIQ Legal Service, a health justice partnership between St Kilda Legal Service and Thorne Harbour Health, to raise awareness for the initiative among Australian media and the local community.

Change Your ID Day ensures all members of the trans and gender diverse community feel appropriately identified and fairly represented within the state legal system.

More than 50 people attended the virtual event, including lawyers and community workers in an effort to understand how they can assist their clients following the new reforms. 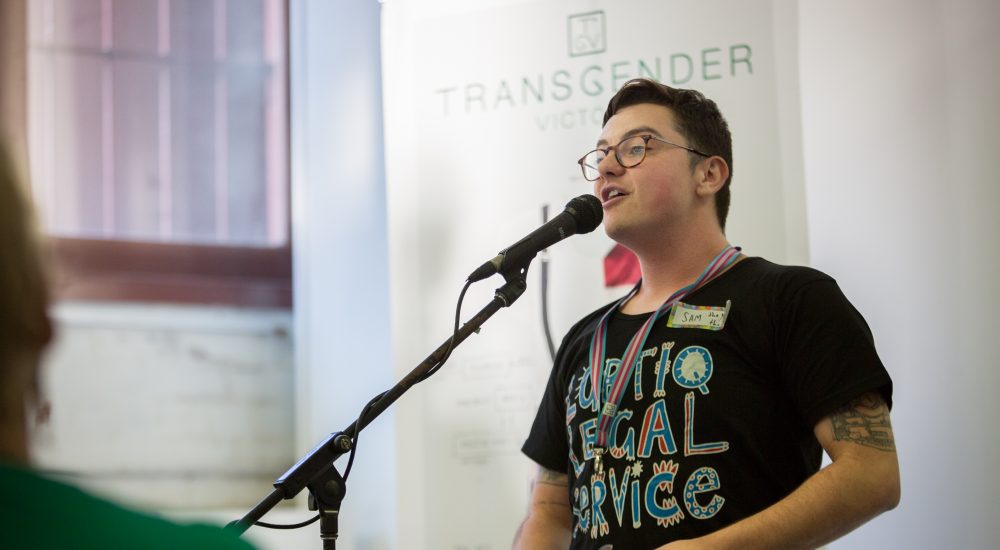 Event attendees heard from Executive Director of Transgender Victoria, Margot Fink, about the importance of the reforms for the trans and gender diverse community, and Co-founder of Rainbow Families Victoria, Felicity Marlowe, spoke from the perspective of a parent of a non-binary child.

HotHouse coordinated a national feature with ABC News’ James Hancock titled: Transgender community welcomes change to Victorian birth certificates. Interviewee Brooke, a Melbourne trans woman, said she welcomed the new reforms and made an application to affirm her sex on her brith certificate, stating a “massive relief” when she sent off her documentation.

“The law change means that transgender people now have more control over who knows what about them and gives them the privacy to not disclose that personal information that really may have nothing to do with what it is they’re applying for at that particular time,” Sam Elkin told the Victorian Law Institute Journal.

Speaking on JOY FM’s The Informer, Sam Elkin further acknowledged the need for the new Victorian reforms to be adopted nationally. “There is still a long way to go in terms of pushing this law reform nationally so that we have uniformity, so that people that may have been born in New South Wales but live in Victoria, have the same rights,” said Elkin.

Within the first fortnight of the reform announcement, 50 applications to “change record of sex” were made, compared to 40 applications for the entire year of 2019, and just 24 in 2015. In the three weeks following the Change Your ID Day event, the number of applications jumped to 110.

As Victoria’s only free legal service for the LGBTIQ community, LBGTIQ Legal Service is reliant on funding. Without ongoing financial assistance this year’s Change Your ID Day may be their last.

If you have the means to support the Service, please visit: https://www.givenow.com.au/lgbtiqlegal