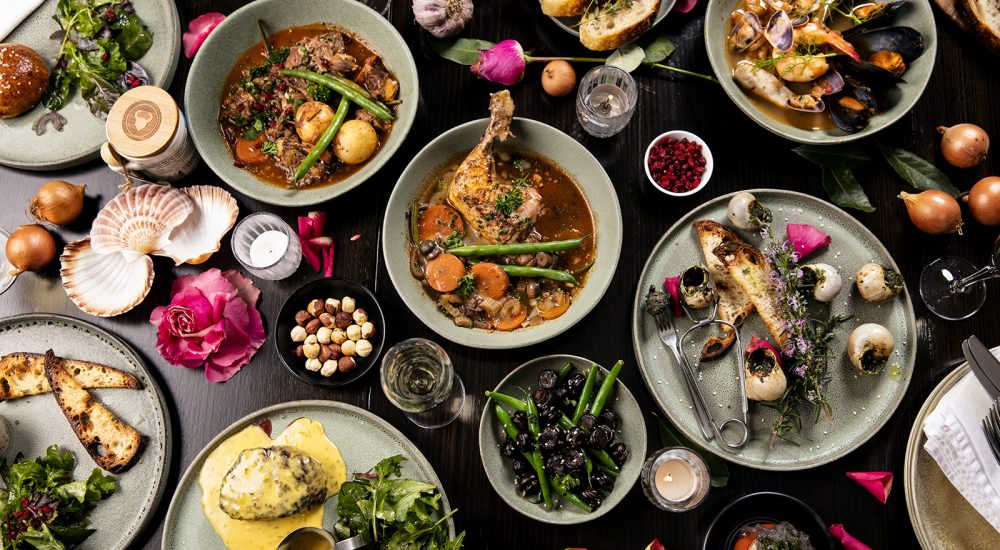 Proud to be fussy is the mantra of Brighton’s newest French fine dining restaurant, and with outstanding classic bistro dishes, ethically sourced ingredients and fastidious attention to detail, Curly Whiskers has every right to be.

Established in December 2016 by Brighton locals Rosalin and Oliver Virnik, Curly Whiskers began as a crêperie nestled in the Martin Street shopping strip. Their first foray into hospitality, the pair faced numerous challenges in their initial year of operation.

However, Rosalin’s gourmet crêpes quickly gained a local cult following, and at diners’ behest, the restaurant began its transition to a sophisticated French bistro.

As bookings swelled in mid-2018, 20-year-old Dutch backpacker Silas Orré was welcomed to the fold as an assistant. Despite his youth, Silas had classical training at The Hague’s François Vatel School of Culinary Arts, as well as experience at an international French bistro.

Awestruck by his unbridled creativity and unrivalled culinary prowess, Rosalin insisted Silas become Head Chef. Silas has since developed a vested interest in the business alongside Rosalin and Oliver.

“Food is not a commodity” is the ethos that underpins Curly Whiskers. Reminding diners where their food has come from, and the importance of supporting quality suppliers is integral to the Virniks. With over 20 years of experience in food production and supply chain management, Rosalin has a genuine passion for real food and its origins.

Mornings begin with the daily pilgrimage to the local market, from where the freshest, most responsibly sourced fruit, vegetables, and proteins will be returned to the kitchen. Rosalin’s personal relationships with local vendors, producers and suppliers ensure pre-eminent artisanal, organic, free-range and heirloom ingredients.