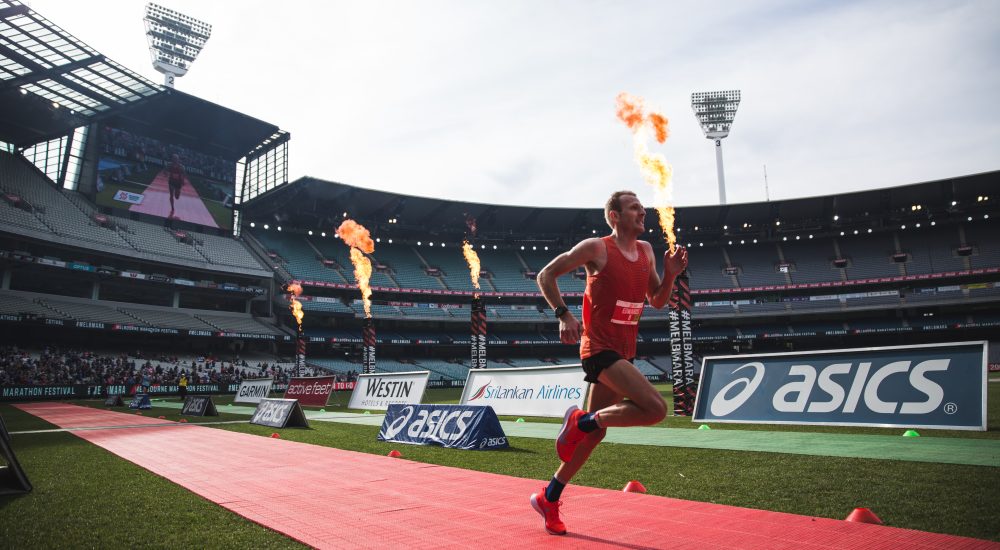 Last month a record 37,185 people took part in the 42nd Melbourne Marathon Festival – making it Australia’s largest ever Marathon. The HotHouse team were on site in the hallowed ground of the MCG managing all media on day, and the event seemed to operate under the glow of Eliud Kipchoge’s sub-2-hour world record the day before.

Kenyans Isaac Birir and Naomi Maiyo took out the top spots in the full marathon on the day, both of them citing Kipchoge’s inspirational run the day before as a driving force behind their win.

The event marked the biggest Marathon in the event’s 42-year history (and the largest ever marathon staged in Australia), with four out of the five events sold out to the public, including the Full Melbourne Marathon, the Sri Lankan Airlines 21.1km Half Marathon, the ASICS 10km and Westin 5km run.

This year’s participants raised in excess of $1,200,000 for a huge number of deserving causes across the country, including the event’s official charity partner, Cerebral Palsy Education Centre and associate charities: JMB Foundation, Australian Red Cross, Beyond Blue and the Heart Foundation.

This year saw many notable Melburnians banding together in the name of one special charity – Lucia’s Angels. More than 295 participants united behind the worthy cause, raising funds for the Royal Children’s Hospital Cardiology Ward and to remember Lucia Crinis who lost her battle with a rare genetic condition at just 99 days old. Team members included friends of HotHouse, Sally Crinis as well as Suzy Eskander, Kylie Brown, Lorinska Merrington and Renee Enright.

The event was also significant for six-year-old Annabelle Quinn, one of the first children in Australia to access the Mollii suit; a revolutionary new technology designed to assist in the treatment of people with Cerebral Palsy. Annabelle achieved her own personal challenge as she crossed the 3km event finish line on behalf of the Cerebral Palsy Education Centre, walking the last 100 metres with the assistance of her Mollii Suit.

A number of colourful participants also took part in the event, including a runner dressed as a Power Ranger, a Bulldogs supporter decked out in a Viking costume, a world record chaser dressed as a lacrosse player, and one Queenslander dressed only in his Budgie Smugglers.

Runners looking for their next big challenge after the Melbourne Marathon Festival will not want to miss out on Australia’s most stunning running event, The Great Ocean Road Running Festival, taking place 16-17 May 2020. Early Bird entries are now open at www.greatoceanroadrunfest.com.au.